One year on from the Paralympics, has anything changed? 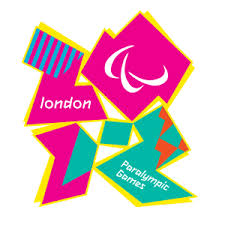 Last year’s Paralympic games were an unprecedented moment for the UK disability movement. Hour after hour of prime-time TV was dedicated not just to Paralympic sport, but discussion of the particular challenges that are faced by disabled young people.

In closing the games, Lord Coe said the Paralympics had a “Seismic effect in shifting public attitudes.” He added. “I don’t think people will ever see disability in the same way again”.

Research at the time showed that eight out of ten British adults said that the Paralympics had a positive impact on the way disabled people are viewed by the public. Anecdotes seem to confirm this – several (totally un-sporty) disabled friends tell stories of children asking them if they are Paralympians. And for young disabled people, how can we measure the value of positive role models – successful people who ‘look like me’.

But did things really change?

In the run-up to the Olympics, £400 million was spent on making public transport more accessible. Since the games, Sport England have invested £10million in disability sport. They are both large amounts of money, but are we seeing any real change?

The overwhelming majority of public transport is still not accessible for disabled people- the main conclusion of a recent report from the Transport Committee. And where, for example, train companies are prepared to support disabled customers, they require weeks of notice, eliminating any kind of spontaneity. Similarly, has the investment in sport made any impact on the daily experience of disabled people. We still hear reports of local facilities like gyms and swimming pools being simply inaccessible.

One step forward, two steps back?

Since the Paralympics, two major issues have dominated the headlines with regards to disability; work capability assessments and the Bedroom Tax.

Atos, controversial sponsor of the Paralympics, assesses people on their fitness to work, helping decide whether they should continue receiving benefits. Atos currently conduct more than 100,000 assessments per month. Last year, almost half a million people appealed against Atos’ decision, 39% of which had the decision overturned. Leaving aside the huge emotional cost of choosing to appeal the decision, the appeals process itself costs the tax payer about £60m a year.

The Bedroom Tax is a welfare change which cuts the amount of benefit given to people deemed to have a spare bedroom in their home. In theory, it encourages people to move from larger to smaller council houses, freeing up larger homes for larger families. However, the reality is more complicated than that. There is a real shortage of smaller properties, so no guarantee that one can be found in the local area. Those who remain in their ‘too large’ home will lose an average of over £700 a year in benefits.

Of the 670,000 households affected by the bedroom tax, nearly two thirds have members who are disabled or ill. Disabled people may need a spare room for all kinds of reasons – from needing a carer to regularly spend the night, to storing large equipment. This month the United Nation’s special rapporteur on housing criticised the tax and called for it to be stopped as it unfairly affects the very poorest in our society.

That’s not to say that as a nation we shouldn’t be wise in how we spend money. We should assess and judge how best to support those who need help. But the processes should be fair, transparent and respectful. They should not unfairly target the poorest and least empowered people in our communities.

One year on from the Paralympics, what has changed? The games had some really positive outcomes – mainly around changing people’s perception of disability. But this year two government policies are having a detrimental effect on the daily lives of hundreds of thousands of disabled people. Not the ‘superhumans’ that were trumpeted on Channel 4, but ordinary humans who need a little extra support. As a nation, we were justifiably proud of our Paralympians. But I fear that the last year will be remembered more for the cuts and injustices faced by disabled people than their moment of sporting glory.

How should we as Christians respond to this? Recognising the increasing need to include disabled people in all aspects of public life, Livability recently launched the ‘Churches Inc charter’; which seeks to encourage churches to better welcome disabled people into their midst and building genuine, meaningful relationships- beyond the Sunday service.

Since its launch, the charter, organised in partnership with Premier Christian Radio and Through the Roof, has received hundreds of signatures to date and the support of several high profile people including the Archbishop of Canterbury Justin Welby.

To find out more and to sign up to the charter visit www.churchesinc.co.uk